Freeware vs. Paid Choice: A Debate for Picture Perfect

Well, to me, it all boils down to your purpose. What exactly do you want to do with the picture? The price of photo editing tools ranges broadly, from next-to-nothing, up to hundreds of dollars. It is true that freeware may have its limitations in terms of tools and functions, yet they can perform reasonably well, while their paid versions usually possess limitless possibilities. Well, I see no need for paying such a huge amount of money when all you need can be taken care of by freeware. Your needs and expectations should inform your choice of a freeware or a paid version. 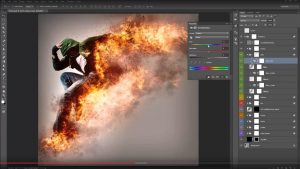 Coming to the paid choices like Photoshop, you will discover that there are so many versions of it available for varying prices, up to a staggering $800 for the full version. What I have discovered-which I think everyone trying to make a choice should know too-is that the paid version brings mostly nothing new in terms of editing tools. Rather, it includes a multitude of ways to easily share your photos to different platforms.

Even though Adobe Photoshop has been held in high esteem for the picture perfect-referred to as the pinnacle of photo editing by Vanguard-and often considered superior when placed side-by-side with other picture editing tools, the different versions available makes it difficult to choose. You may need to invest several hours trying to figure out the difference between the various programs.

But these days, photographers and graphic designers want to carry their picture editing tools around on a portable device, which is where other picture editing tools might have the edge over Photoshop. AutodeskPixlr and Aviary Photo Editor for example run on Android and iOS-and have been named the best for browser and mobile respectively. 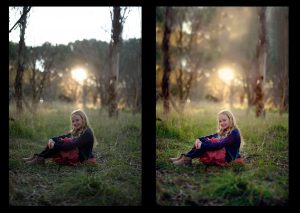 The other thing you have to keep in mind

The other thing you have to keep in mind while trying to make the choice between freeware and a paid choice is the specifications and capabilities of your computer. If you are still using an old laptop or desktop with a very low spec, you might want to go for the freeware because they are usually not particularly processor and memory-dependent. The paid versions are a heavier load on your system and may cause you a headache if your rig isn’t up to snuff. The telltale sign would be your system becoming annoyingly slow, making it difficult for you to enjoy the program you paid so much to acquire.

Another thing you have to understand when you are trying to make a choice, is that no single program has it all. Again, several programs have certain tools in common but one or more of them will present it in a way that is easier to use.

When it comes to the paid option, you also need to weigh your options carefully. I already mentioned earlier the astronomical price of the full Adobe Photoshop; in contrast, however, the Pixelmator is available for a paltry $29.99. However, I have discovered that I can achieve with Pixelmator just as much as I can with Adobe Photoshop in removing unwanted elements from pictures-and you won’t even know the difference.

In my opinion, average users do not need to go overboard by going for the paid option. Paint.NET and The GIMP can meet their needs at no cost at all. The GIMP supports multiple file formats including the PSD format of Photoshop.

Here is my verdict. Professionals who make money from photography can-and probably should-go for the paid option because of the broader range of tools. Beginners and those who pose in front of the camera for fun can stick with freeware, which can also serve as a learning platform for budding professionals.